MILFORD, CT: Boost Oxygen releases a new size of their rosemary aromatherapy scented THINK TANK product – the only oxygen-based nootropic option available in the retail space in the United States. Originally introduced last February in the 5-liter Medium size bottle, the consumer demand has been so high for THINK TANK that it drove the decision for the company to make it available in their 10-liter Large size container.

“Last year we launched THINK TANK in the Medium size. For those new customers to ask for it in Large, for more value, validates our decision to innovate; both sizes feature our patented mask design.”— Rob Neuner, CEO / Co-Founder

Nootropics are recognized as supporting cognitive brain functions. As the innovative worldwide leader for providing lightweight and portable bottles of 95% pure oxygen to the consumer, without the need for a prescription, Boost had researched the benefits of rosemary for supporting memory and focus. Independent studies show that maximizing your level of oxygenation has supportive benefits for: memory, reaction time, working memory, Dual N-Back Scores, verbal performance, enhanced mood and visuospatial memory.

“We are very excited to introduce this new size of our THINK TANK,” says Boost Oxygen CEO and Co-Founder, Rob Neuner. “It makes us very proud to know that the customers who tried it for the first time last year felt the real benefits of it; and for those customers then to ask for it to be offered in the size that provides them with the most value really validates our decision to innovate. What really supported this was our appearance last Fall on ABC’s ‘Shark Tank’ when we had the opportunity to present the benefits of our supplemental oxygen product, but also to feature the bottle of THINK TANK, which we included in the segment.”

Rosemary aroma has been independently studied and found to increase short term memory up to 75%. There are compounds in rosemary oil that help with memory retention: 1,8-cineole found naturally in rosemary aroma causes an increase in the activity of a neurotransmitter called acetylcholine. Scholars in ancient Greece were known to wear wreaths of rosemary around their brow to improve recall while taking exams. Shakespeare’s Ophelia petitions Hamlet with, “There’s rosemary- that’s for remembrance, pray you love, remember.”

Rosemary aroma is being increasingly researched and implemented with both the young and old, and its use as an all-natural, safe and drug-free cognitive supporter is becoming more accepted and widespread globally.

Boost Oxygen has a family of products that includes three (3) sizes of containers that all feature a patented mask design for maximum delivery of the purified oxygen. In addition to the Natural (unscented) version, Boost is the only choice for aromatherapy options of Peppermint, Menthol-Eucalyptus and Pink Grapefruit. THINK TANK represents the first time the product is offered under a different name on the label.

Boost Oxygen supports active outdoor adventurers of all ages bring it along to support themselves in poor air quality conditions such as heat, humidity, ozone, smoke, pollen and especially at-altitude. Boost enjoys genuine, non-paid, high profile visibility when spotted in the hands of celebrities and while on popular morning and primetime network and cable television shows.

What Causes Shortness Of Breath?

END_OF_DOCUMENT_TOKEN_TO_BE_REPLACED

A Brief (and Amazing) History Of Supplemental Oxygen

A Brief (and Amazing) History Of Supplemental Oxygen In recent years, millions around the world are starting to learn about the benefits of supplemental oxygen. Much like Gatorade became widely accepted for hydration recovery and sports performance in the 1980s after...

END_OF_DOCUMENT_TOKEN_TO_BE_REPLACED

Boost Oxygen Review: Great For Outdoor Adventures A big thanks to Jono Bleakley with Ocean Blue Fishing for sharing this great review of Boost Oxygen and the many benefits of our pure oxygen canisters for people who enjoy an active lifestyle and the great outdoors!...

END_OF_DOCUMENT_TOKEN_TO_BE_REPLACED

Be the first to know of upcoming sales, offers, and news!

WHAT IS THE RIGHT BOOST FOR YOU?

Being at your best isn’t always easy, and Boost Oxygen is here to help. Whether you ski, hike, run, walk, work out, do yoga, play sports, need increased energy, or maybe celebrated just a little too much last night, help is here with Boost Oxygen!

Click on a Usage to see what’s right for you!

Are you heading up to higher elevations? Supplemental oxygen is recommended to help with altitude acclimation

Boost Oxygen is used by professional, collegiate, high school, and amateur athletes across the country because they know they can rely on the help that Boost Oxygen provides. 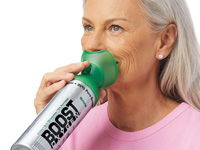 Studies show that supplemental oxygen is an all-natural health and wellness aid that promotes recovery, sharpens mental acuity, and helps generate energy at the cellular level. 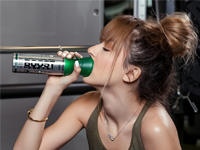 THINK TANK™ is a  combination of Oxygen and Organic Rosemary aroma.  It is a revolutionary nootropic… the first all-natural, inhalable, cognitive support product.

Outside the U.S.?  Please select a flag nearest your region:

Order in bulk for BIG SAVINGS!  Available in 12 packs, 6 packs and 4 packs.

Boost Oxygen is available in Large (10 Liter), Medium (5 Liter), and our NEW Pocket Size (3 Liter) canisters, and you can select from the following aromas:  Natural, Peppermint, Pink Grapefruit, Menthol-Eucalyptus and the new THINK TANK™.  We have thousands of retailers nationwide - check the U.S. Retailers page for one near you, or Shop Online if no retailers are available in close proximity to your location.